Rock Out With Me Live On Air

Tune in Thursday Nights for Indie Music at its finest!!! 8-10 pm EST.

Tune in Saturday Afternoon for Classic Rock at its finest!!! 1-4 pm EST

Click the banners to take you to the main sites. Join me in the chatroom and keep me company between breaks! Pass the word...
Posted by Dazd at 1:59 PM 3 comments: Links to this post

I'm still alive...trying to get used to being home 24/7. If the weather would cooperate it could help lessen the ordeal. But alas Mother Nature has her own agenda. This is the 4th or 5th time in my 25 year career I've been laid off or fired from employment. It doesn't get any easier yet this time I'm not wallowing in self pity. I saw it coming, business was horrid and the orders weren't coming through the door. And this time I'm in a bit better financial situation although I would have to get axed on the shortest month of the year. Which means by the time the unemployment kicks in I'll be behind but I'm hoping and praying for the best. Plus I have opportunities to work odd jobs making some pocket cash so that'll be a big help financially and mentally.

I'm still reading everyone's blog daily. And I do appreciate all the support you all have given me. And for those that offered support with my resume, I'm still working on it. Yea I know its been 2 weeks but I needed some time to focus and regroup. And its tough for me to describe myself and not sound like I'm whoring myself.

So in the meantime, thank you all for the support and I'll try to post more!
Posted by Dazd at 11:53 AM 4 comments: Links to this post 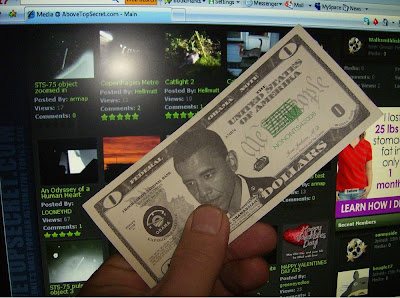 Are the Good Times Over? Updated

I was relatively confident my unemployment would be short. update But alas, it doesn't always work like its planned. Still no job but its only been 5 working days. lol end update I mean afterall, I set my sights lower and my expectations cut in half. (To clarify, I should not drink when posting) But when I see this:

"The stimulus package the U.S. Congress is completing would raise the government’s commitment to solving the financial crisis to $9.7 trillion, enough to pay off more than 90 percent of the nation’s home mortgages."

I pretty much have lost all faith. I don't see from reading the whole thing how it generates jobs. How it stimulates the economy. What I see is the USA being sold off in chunks. Not literally as in exchange of goods for money like property. I mean like spending so much that eventually the government will file for bankruptcy.

We are now Socialist

WE DO NOT NEED MORE GOVERNMENT. Big Government is NOT the answer. Leave the economy alone and it will all work out. Use the "Stimulus" bill to fix infrastructure and give people a capped 5% income tax. No more no less, all across the board. Downsize government, reduce government agencies, reduce spending period. If you aren't outraged at this bill you aren't paying attention.

As I've stated before on this blog, I don't care about your political affiliation. No matter how you slice this Stimulus Package, its nothing more than Pork on the Grill.
Posted by Dazd at 7:04 PM 3 comments: Links to this post

of the unemployed. Yes, 300,000 other Americans in the month of January 2009 were laid off with corporate cuts. Today, I added myself to the ever growing body count. Things are not financially set as the severance pay was minimal. Sucks...but like my header states, Reality sucks and Life Goes On.

Ya know...I was in the same boat 2003. This time I won't wait for that "perfect" job. I've slung cowshit in my day, even some bullshit here too. But seriously, I'll take what I can get as long as its more than unemployment. This is the 4-5 time in my working career I've been without a job. Wonder if I can start my own business as a "I was laid-off consultant"?

So if anyone is competent of writing kick ass resume, hit me up in comments or email. I've got one but naturally its never good enough.

Until then...maybe I should write more!
Posted by Dazd at 3:33 PM 6 comments: Links to this post 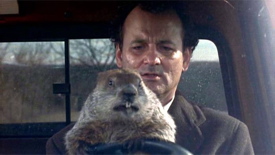 February 2nd brings the most-watched weather forecast of the year—and the only one led by a rodent. Legend has it that on this morning, if a groundhog can see its shadow, there will be six more weeks of winter. If it cannot see its shadow, spring is on the way.

Since a groundhog hibernates for the winter, its coming out of the ground is a natural sign of spring. In Europe centuries ago, people watched for other hibernating animals, including badgers, bears, and hedgehogs, as signs of winter's end. Germans who immigrated to Pennsylvania in the mid-1800s began keeping an eye on the groundhog. The widespread population of the rodent made it a handy agent for this particular weather superstition.

Throughout history numerous holidays have marked this seasonal crossroads. Among these is Candlemas Day, February 2, a Christian holiday that celebrates Mary's ritual purification. Early Christians believed that if the sun came out on Candlemas Day, winter would last for six weeks more.

The ancient Romans observed a mid-season festival on February 5, and the pagan Irish celebrated one around February 1. In many parts of Europe early February might herald the start of spring, when crops could be planted.

In the 1880s some friends in Punxsutawney, Penn., went into the woods on Candlemas Day to look for groundhogs. This outing became a tradition, and a local newspaper editor nicknamed the seekers "the Punxsutawney Groundhog Club." Starting in 1887 the search became an official event centered on a groundhog called Punxsutawney Phil. A ceremony still takes place every year.

Today Punxsutawney Phil lives in a climate-controlled habitat adjoining the Punxsutawney Library. A local celebrity, he gained national fame in the 1993 movie Groundhog Day (which was shot in scenic Woodstock, Illinois). The weather-watching rodent's predictions are recorded in the Congressional Records of our National Archive. So far, Phil has seen his shadow about 85% of the time.

Punxsutawney Phil predicts a long winter. More than 15,000 revelers milled about in a misty snow waiting for the prediction, as fireworks exploded overhead and the "Pennsylvania Polka" and other music blared in the background. There are unconfirmed reports of a disturbance during the ceremony. Numerous spectators claim to have seen a suspicious character milling with the crowd.

We know go live to Punxsutawney to our roaming reporter Phil Connors.

Hello, everyone, this is your action news reporter with all the news
that is news across the nation, on the scene at the Punxsutawney Annual Groundhogs Day Festival. There seems to have been some disturbance here. Pardon me, sir, did you see what happened?

(Witness):
Yeah, I did. I's standin' overe there by the hot chocolate stand, and here he
come, running through the crowd, through the cotton candy and doughnuts, nekkid as a jay bird. And I hollered over t' Ethel, I said, "Don't look, Ethel!" But it's too late, she'd already been incensed.

This is your action news reporter Phil Connors once again, and we're here at the gas
station. Pardon me, sir, did you see what happened?

(Witness):
Yeah, I did. I's just in here gettin my car checked, he just appeared
out of the traffic. Come streakin' around the grease rack there, didn't
have nothin' on but a smile. I looked in there, and Ethel was gettin'
her a cold drink. I hollered, "Don't look, Ethel!" But it was too
late. She'd already been mooned. Flashed her right there in front of
the shock absorbers.

Larry the camera dude was forunate to have captured a picture of this Squirrelly Streaker when he stopped long enough for the camera. (Click on the picture to open) 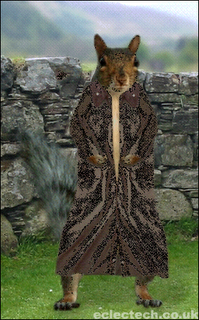 This is Phil Connors reporting live from Punxsutawney. We'll keep you updated as the news develops.
Posted by Dazd at 10:13 AM 4 comments: Links to this post

Dazd
Humorous look at my life.

Contact me at dazd dot confzd at gmail dot com