Today the weather finally changed to represent Fall. Chilly enough to need a sweatshirt yet warm enough to break a sweat working outside. Leaves...I think they multiply when they hit the ground. Seriously...you rake an area clean and a few hours later they are everywhere! Just like dandelions...

I am still waiting to hear about a job. I have one in progress thats been phased since July. This is the last phase and the wait is killing me. I was sure to hear something this week or last. I guess if I don't hear something by next week, I'm moving on. That's my dilemma folks, I'm loyal to an employer sometimes to a fault. And I'd hate to get another job and this one call me. I don't like being put in those situations and having to pick without it being my choice. I really want this job I'm waiting for but then again I need employment and soon. Someone's gonna lose and I sure hope its not me. lol

Blood pressure isn't as squirrelly as it was last week. Still a bit high but nothing I'm too concerned about. I still need to lose weight...but damn its the Holiday season ya know? Halloween requires I sample all candies coming through the door. Yes...for the safety of the children ya know. And who knows, you might just find a new one that tickles your taste buds. And its always a good time tasting those treats that the wrapping doesn't quite identify the tasty contents. For example...a sweet and sour may actually be SOUR and not so damn sweet. Or a Red Hot might actually be mild instead of opening your sinuses and scalding the inside of your mouth.

I hope everyone has a fantastic Halloween!
Posted by Dazd at 12:36 PM 2 comments: Links to this post

He did it on porpoise.

Went to see my careers adviser the other day, but she was 10 minutes late.

I told her I didn't like waiting, so she told me not to work in a restaurant

What do you call someone who doesn't fart in public?

A private tutor!
Posted by Dazd at 7:13 AM 4 comments: Links to this post

Not sure what's been happening this week. My blood pressure has been wacky and I've been sleeping ALOT. lol Sleep is good but geesh... Called the doctor to make an appointment today but he's full. Guess I'll call Monday.

Weather finally has a Fall feel to it. I think a cup of warm cider is in my future this weekend. May try and visit the local pumpkin patch and let the little ones run a muck. The local one here has a mechanical Dinosaur which always fascinates the kids. Of course us parents know its really a backhoe dressed up as a Dinosaur. Still neat to watch it "eat" pumpkins!

It's been refreshing to watch the squirrels scatter about gathering their winter food supply. And then my dogs running around the yard looking for the squirrels only to find their stash and dig it up. What a surprise the squirrels will have come this winter when their stash is gone.

I've made a promise to myself to post at least twice a week. And not just a picture...an actual post! Let's see if I can keep to that promise. I hope so...my creative juices need energized! 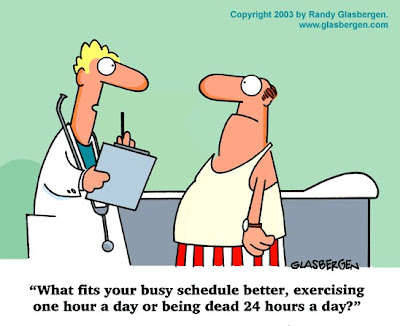 My credit card company rang me the other day, the lady on the phone said "Mr Smith you've got some outstanding balance"

I replied "I know, I haven't fallen over for ages."

When I was younger I always felt like I was a boy trapped in a woman's body.

However, that changed when I was born.

I've been having trouble with maths recently and its got me down, but my fingers have been so supportive.

I can always count on them.
Posted by Dazd at 11:44 PM 4 comments: Links to this post

I love kids...don't get me wrong I truly do. I wasn't even hesitant when asked back in June if I'd consider taking responsibility for our two nephews. Never flinched...just blurted out, "Ok, lets give it a shot." What could it hurt right?

Well lemme tell you...two boys aged 5 and 3 (soon to be 3) coming into the house of solitude was about as dramatic as a bull in the china shop. Yea...my peace and solitude went bye bye. It was ok for awhile then the reality set in on both parties. And it was ok while our son was not in school. The 5 year old started Kindergarten 2 weeks before my son started his school. So us 3 Amigos had a grand time going places and making our idle time efficient as Uncle Dazd could teach them. Yea...then the son goes to school and its just us two.

I mean at 45...I shoulda been primed right? I shoulda known all about what needed to be accomplished to make life peaceful again, right? How hard could it be taking in two boys and mentoring them for a year or so?

Well lemme show you the Kodak Moment when the missus walks in asking how the day went! So yea...this should be interesting. If I ever wanted/needed a JOB, its now. Being stuck at home basically 24/7 leaves me little time to enjoy myself elsewhere. Maybe I'll take up drinking again...
Posted by Dazd at 5:35 PM 7 comments: Links to this post

Monday Night Football has been a fixture of the National Football League for over 40 seasons and running. Monday night games originally aired on ABC but moved to ESPN in 2006. The first year TV aired prime time football was in 1966. In 1970, as part of the negotiation for new television rights, NFL Commissioner Pete Rozelle negotiated a full schedule of games with ABC network.

Last night, October 11, 2010, Monday Night Football aired an amazing set of milestones. Whether you love or hate Brett Favre he truly is an amazing icon of professional football.


* Favre has started 289 straight games. Only five quarterbacks have regular season streaks of 100. His streak is the longest by a player at any position. Peyton Manning has started 197 straight, but from the moment Favre's streak stops he'll have to play about six more full seasons to catch him and he's 34 right now. Ron Jaworski (116), Tom Brady (111) and Joe Ferguson (107) are the other three to start more than 100 straight games. Eli Manning (92) and Phillip Rivers (69) have the other longest current streaks.

* Favre threw his 500th career TD pass to Randy Moss last night and also tossed two others to finish the evening with 502. I figured that Dan Marino or some other guys might be right around that number. Wrong. Marino is second with 420. John Elway is fifth at 300, Joe Montana ninth at 273 and Terry Bradshaw 24th at 212 (Bradshaw also threw 210 interceptions). Again Peyton Manning may eventually catch Favre. He currently stands third at 377. Here is the list.

* Favre, as expected, has a clear lead in interceptions. He's thrown 324. What is more interesting is that Kerry Collins, second on the active list, is all the way down at 29th on the career list with 188. Peyton Manning is 32nd with 183.

And I might point out he's only 41 years old. 4 years younger than I am. Amazing!! Will Peyton Manning be able to surpass these achievements? Maybe...
If Peyton Manning stays healthy and maintains his past 12 seasons averages he could have 86,000+ passing yards by age 41. (Very basic math calculation)

Anyways...congrats to Brett Favre for providing a great moment in history last night. I felt honored to have witnessed such an event. Ranks right up there with watching Hank Aaron break Babe Ruth's home run record on TV, April 8, 1974.
Posted by Dazd at 4:48 PM No comments: Links to this post

Whats Wrong With This Picture? 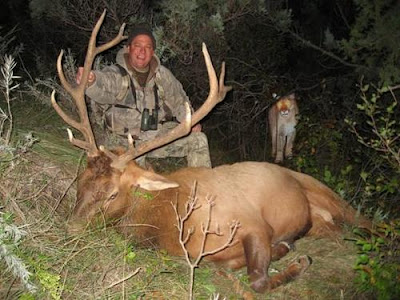 Found this on the Internet. No idea of its validity or if its Photoshopped. Still...damn funny!
Posted by Dazd at 10:04 PM 2 comments: Links to this post

Well I have the blog revised and my blogroll working again. Not too happy with the layout but I can change it easily. So don't worry, its not the blog messing up. It's Dazd going through changing things up.

Opening day of archery deer season here in Indiana. Lovely weather outside and with the dry weather, Nature has changed dramatically over the last week. I noticed farmers are taking in the corn now instead of the soybeans. I won't be deer hunting this year as no monies and no where to hunt. So I'll just enjoy the fall weather, changing of the scenery and good times with the family.

Over the summer I became a Grandpa twice over. My two step-daughters both had boys. One was born in June and the other in September. Have yet to see the newest addition as they live south of Nashville and money is tight. But I'm hoping soon to hold that baby in my arms.

Hoping you all have a great weekend!
Posted by Dazd at 4:08 PM 3 comments: Links to this post

Dazd
Humorous look at my life.

Contact me at dazd dot confzd at gmail dot com